Bridgertons TV Series Spoilers : Season 2 and Beyond (Read at your own Peril!) 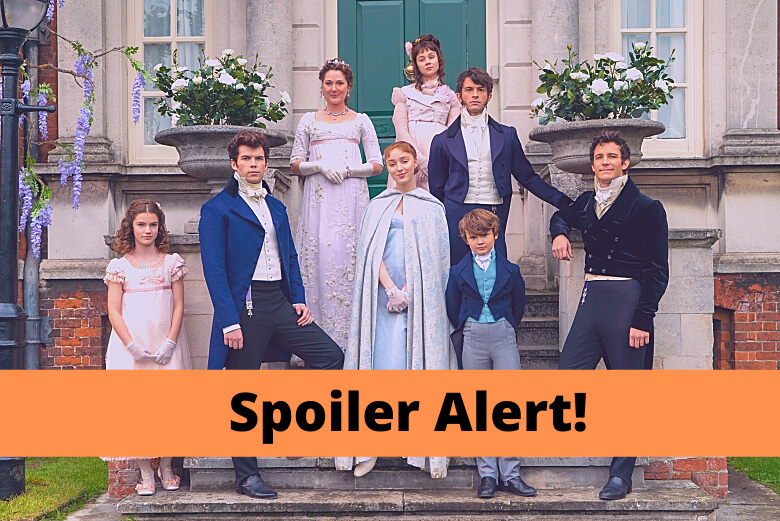 Warning: Don't read unless you are prepared to handle spoilers.

Although we don’t yet have a fixed release date for Bridgerton season 2, it is set to be released in 2022! Fans of Bridgerton will be glad to know that the series has been renewed for two additional seasons! Creator Van Deusen announced it in April 2021

This article is for people who do not enjoy being gut-punched while watching the show. And let me tell you, Bridgerton is going to be one of those shows that don’t pull its punches! It will happily let you bleed.

If it continues to follow the Bridgerton books, then here’s what happens in Bridgeton season 2: 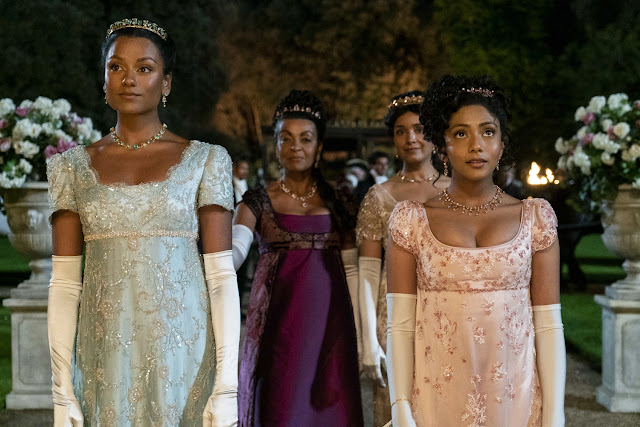 Image Source: NCB News
Based on Book 2: The Viscount Who Loved Me

The show has made the creative decision to change the Sheffield sisters' last name to Sharma, an Indian surname to reflect their Indian Origin. 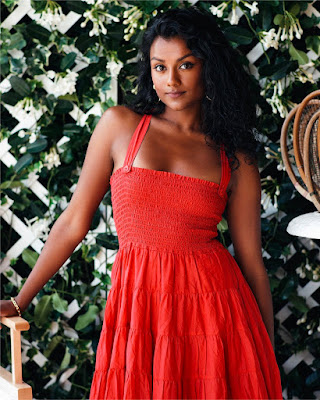 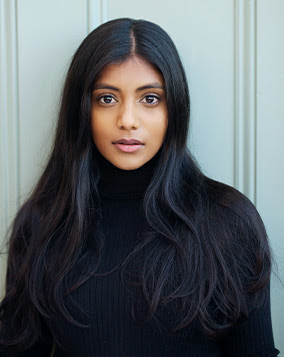 Spoiler 2: Kate Sheffield/Sharma doesn’t want Anthony Bridgerton to set his sights on her younger sister. So, of course, she does her best to stop it.

Oh, don’t worry, it isn’t because she wants him for herself. The books set in this era dictates that at her age, Kate Sheffield is on the shelf, a spinster who cannot have men interested in her. Ladies and gentlemen welcome to the fictional Victorian era.

Spoiler 3: Anthony Bridgerton is afraid to marry for love, so he thinks he has found a loveless match in Kate’s biddable sister, Edwina. 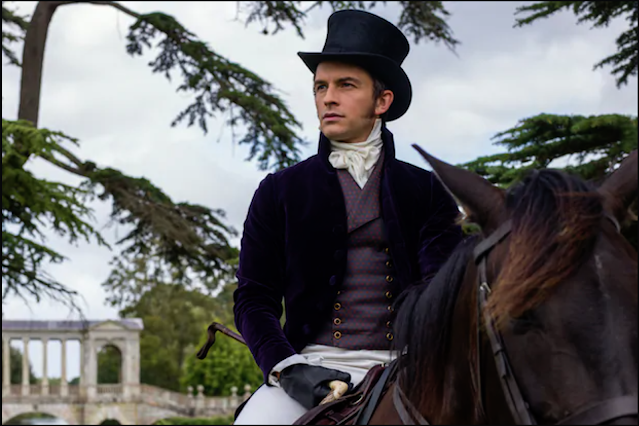 Warning: This is a big spoiler for Bridgerton Season 2!

Anthony is as jaded about his life as Daphne's Simon He lives in an era where medical advancements were far and few.

Anthony remains haunted by the death of his father, Edmund Bridgerton. When his father died at age 38, Anthony accepted his mortality and thought he would die at the same age. His uncle Hugo Bridgerton also died at age 34. It added another nail to Anthony's coffin. So, his biological clock was ticking. He remembered how heartbroken his mother was after his father's death and didn't want his wife suffering the same fate. So, he thought to marry someone he couldn't love.

A word to the wise, you might end up disliking Anthony. But many of you will be rooting for Kate to get her happy ending. Well, she chose him, and we can't do anything about it. So, be prepared for drama.

Bridgerton season 2 and Beyond:

Let's keep in mind there have been quite a few surprises in Season 1, so there are likely to be those in season 2 as well.

In the Bridgerton books series, the identity of Lady Whistledown wasn't revealed to the readers until Book 4: Romancing Mr. Bridgerton.

Spoiler 4: Bridgerton Season 3 will likely be dedicated to Benedict Bridgerton, supposedly the good brother. It is a Cinderella story. 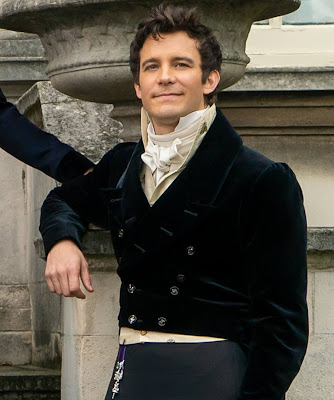 In the book, our heroine is Sophie Beckett, the cinderella of the story. She also has one and a half horrible stepsisters and a wicked stepmother to match. And Benedict Bridgerton is more of a roughish nobleman than a charming prince.

Note: This is my interpretation of the characters, you can judge them for yourself by getting a copy of Benedict Bridgerton, “An Offer From A Gentleman” by Julie Quinn.

We'll have to wait and see who they cast a Sophie!

Spoiler 5: Bridgerton Season 4 may be focused on our Lady Whistledown, the wallflower, Penelope Featherington and the dashing traveller Colin Bridgerton. 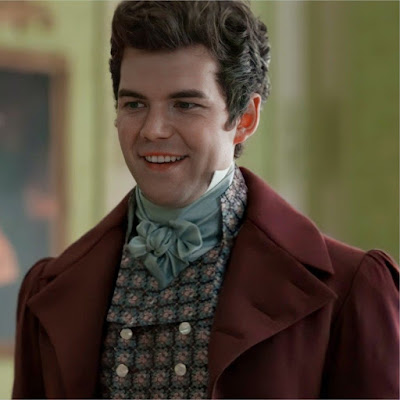 Based on Book 5: Romancing Mister Bridgerton

Penelope Featherington has been crushing on Colin Bridgerton for years now, a feeling not reciprocated by Colin Bridgerton, for whom Penelope is his younger sister’s undesirable friend.

In Book 5, years later, Colin Bridgeton finds out the identity of our dear lady Whisltedown, and he isn’t happy about it. He is a complete boor. I hope the show manages to put a positive spin on these two because what’s in the book doesn’t translate well on paper. I wonder how the show is going to spin it!

Spoiler 6: Season 4 and 5 may also include Francesca Bridgerton’s Story. She got married between the events of Book 3 and Book 4. 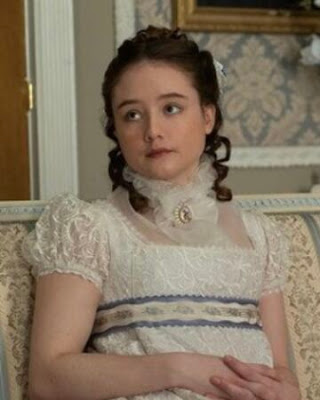 Based on Book 6: When He Was Wicked

Francesca’s story is a bit heartbreaking. It is one of the stories, worth the wait. She got married to John, Earl of Kilmartin, who happens to be a good man and dotes on her.

Unfortunately, he dies, leaving the field open to his cousin, Michael Stirling, the next in line for the Earldom. He also happens to be in love with Francesca.

Spoiler 7: Bridgerton Season 5 might be about Eloise Bridgerton and her secret pen pal: Sir Phillips. 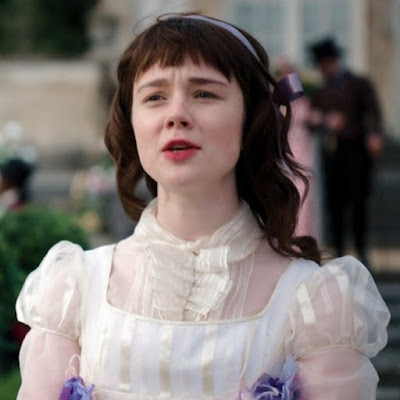 Based on Book 5: To Sir Phillip, With Love

Eloise Bridgerton, the wildest of all Bridgertons, writes her own story as she heads over to meet Sir Phillips, her long time penpal and a widower with two unruly children.

In all possibilities, Colin’s and Eloise’s story arc might end up intertwined, and we may see their stories unfold simultaneously. That would certainly make the story more interesting.

Well, the guesswork of figuring out which season might coincide with which book stops here, the following are the spoiler for the books and possibly the seasons to follow:

Spoiler 8: A grown-up Hyacinth Bridgerton is tricked into surrendering her virtue to the rake Gareth St. Clair, Lady Danbury’s Grandson. 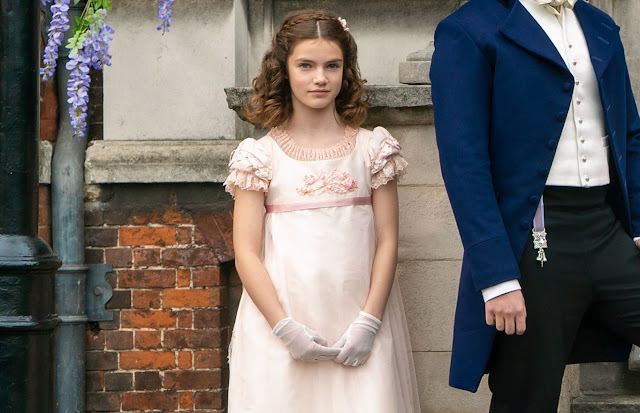 Gareth St Clair turns his devious mind into seducing a grown-up Hyacinth Bridgerton. Hyacinth is a of Lady Danbury pick's for Gareth! Gareth and Hyacint are treasure hunting!

His Goal: To get her to accept his proposal of marriage.

The twist: His decision may or may not be influenced by his crappy father, Richard St. Claire. Also, that guy isn't his biological father. His biological father is the late Edward St. Clair, Richard’s younger brother. Gareth St. Claire's mother, Anne, is Lady Danbury’s daughter. Anne sought solace in Edward’s arm to get away from her troubled marriage to Richard. Their union led to Gareth's birth.

Spoiler 9: Gregory Bridgerton, the last of the lot, falls in love not once but twice, once with beautiful Miss Hermione Watson and the second time with a practical Lady Lucinda Abernathy. 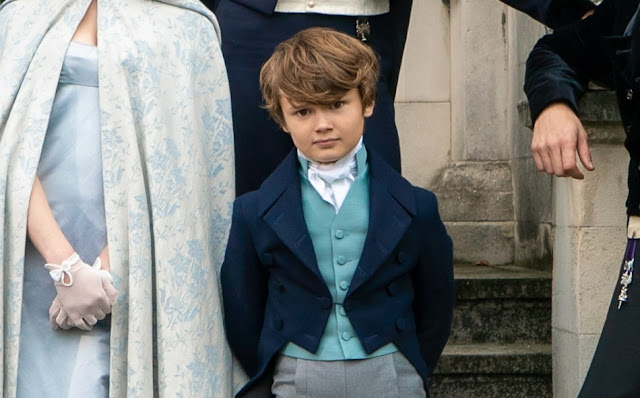 Based on Book 8: On the Way to the Wedding

The series ends with a bang! We see little Gregory manoeuvring the slippery slope of love. All his siblings are happily married, and it’s his time. Unlike his rakish elder brothers, he is a firm believer in love. Well, he is in for a surprise! He falls for not one but two women. And it is funny and also very cliche!