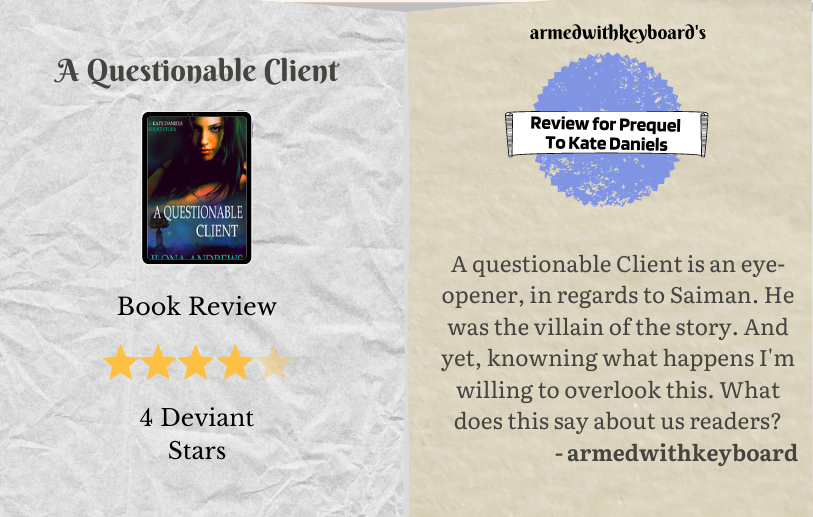 Before 'A Questionable Client' came out, we all knew bare minimum of how Kate met Saiman.
There were a few words about bodyguard detail, a job that Kate seems to abhor. But that was about it.

A Questionable Client sheds more light on Saiman as an individual, and his lack of moral compass.
We get to see Kate and Saiman spend some quality time together.

Here's a list of things you will find in the book:

Saiman trying to Seduce Kate (What is this the 5th out of gazillion time?) ✔

Degenerate Saiman (As Curran likes to call him) ✔ 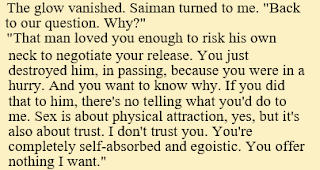 Frustrated Kate (Kate whenever she deals with Saiman) ✔ 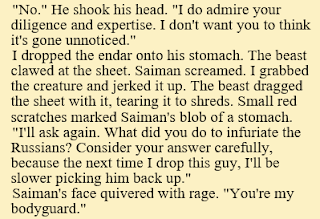 A Cruel and Vicious Monster (Meow) ✔

To be honest, you won't be rooting for Saiman in this book.
He caused a situation, where Kate had to kill innocent men to protect his body.
As the story progressed, I kept hoping Kate would find a way to save the Volhvs as well. Never happened.

So, who were the bad guys here?

We all know that Volhvs aren't all too innocent, they make human sacrifices.
But in this instant, weren't their actions justified?